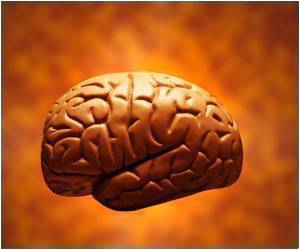 Is Neurogenesis the Key to Recovery?

Until very recently experts had got the neuroscience of addiction and brain damage wrong on two counts.  A simple solution expanded by an influential addiction Guru in the 1990’s, was that brain atropy was simply dehydration and could quickly correct itself.  This is shown to be totally wrong but services were put in place and designed on his advice.  Second

Until very recently experts had got the neuroscience of addiction and brain damage wrong on two counts.  A simple solution expanded by an influential addiction Guru in the 1990’s, was that brain atropy was simply dehydration and could quickly correct itself.  This is shown to be totally wrong but services were put in place and designed on his advice.  Secondly in the authors’ earlier days of providing treatment, it was universally accepted that brain cells following intoxification were killed and deemed to be irreplaceable.  In fact neurogenesis had never been heard of!

The brain and alcoholism relapse

This study is the first to link gray matter volume deficits in patients receiving treatment for alcoholism early in abstinence, to subsequent time to relapse, and to provide predictive estimates of relapse risk.

A 2005 systematic review by Dom et al (2) complements the Yale Research by highlighting Orbito Frontal Cortex dysfunctions in people with substance use disorders and a consistent finding in the neuro imaging studies was hyperactivity of the cortex after detoxification which had important implications for treatment and relapse prevention.  In the previous year Bowden-Jones, McPhillips et al (3) suggested in a pilot study that risk taking on tests sensitive to ventromedial prefrontal cortex dysfunctions with the result inability to resist the impulse to drink, predicted early relapse in alcohol dependency.

Finally a local Scottish 2009 Study by Morrison (4) indicates that executive dysfunction present at the end of in-patient detoxification treatment is associated with increased likelihood of relapse in severe alcohol dependence due to neuro psychological impairment.

We now know, as the Yale study points out, that the development of neural therapies that promote neurogenesis and cell proliferation increases gray matter volume in critical regions and that will decrease relapse vulnerability and promote recovery.

Should we redesign our services.  We should certainly look at them from a new and critical perspective.  For instance is there any value in intensive talking therapies, in say the first fortnight of in-patient care, when it could perhaps be more productive to stimulate brain cell production at the same time as the medical detoxification.  We could at least reduce the intensity of say the group therapy and counselling and replace it with a brisk walk or jogging session up and down the drive to stimulate stem cells and reinforce the brain.  Patients frequently comment towards the end of their treatment that they could remember little of the content of psycho-therapeutic lecturers that occurred in their early stages, but clarity emerged later.

The keystones to brain recovery are in the first place:

It is also necessary that patients are cognitively tested at various stages during their in-patient or community recovery but of course the Gold Standard brain assessment is functional MRIs, and this is used and suggested in the Yale Study.

The message from these four research studies, and there will be others, is consistent.  Addiction causes brain damage which affects amongst other parts of the brain the prefrontal cortex and that affects executive functioning.  This can lead to:

These will all remain until there is neurogenesis and the Yale Study supports the development of neurol therapies to promote this.  This will necessarily involve greater lengths of in-patient treatment as stated in the Morrison Study. 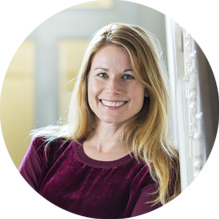